Comcast Increases Internet Speeds for Most Customers From Maine Through Virginia

Company’s Northeast Division Boosts Speeds of Most Popular Tiers By As Much As 60% or More   More than 75% of Residential Internet Customers to Benefit from Speeds of 200 Mbps or Higher   MANCHESTER, NH – October 10, 2019 — Comcast is increasing download speeds for some of its most popular Xfinity Internet packages for residential customers in the Northeast Division, which includes 14 northeastern states from Maine through Virginia and the District of Columbia. Download speeds for the Northeast Division’s most popular speed tiers – including Performance, Performance Pro and Blast! – have increased by as much as 60-plus percent, helping to power the rapidly-growing number of connected devices in consumers’ homes. The speed boosts include:     About 85 percent of Internet customers in the Northeast Division subscribe to one of these tiers and will have their download speeds upgraded, whether they purchase Xfinity Internet on a stand-alone basis or as part of a package.   Last year, Comcast boosted download speeds for Blast!, Performance Pro, Performance and Performance Starter customers, and today’s speed increases are just the latest in a series of moves by Comcast to support growing consumer demand for super-fast, high-capacity Internet connections that can handle not only the explosion of connected devices that are powering the smart home, but also offer a single platform to manage and protect them.   “Modern homes require fast Internet, wall-to-wall WiFi, and a way to manage the connectivity needs of the entire household,” said Kevin Casey, President of Comcast’s Northeast Division. “Faster speeds, combined with Xfinity xFi’s advanced WiFi coverage and controls, give our Internet customers an unmatched experience along with the tools to manage an expanding number of connected devices, apps and constantly-evolving technologies.”   Xfinity xFi is Comcast’s differentiated Internet experience, giving customers more speed, the best in-home WiFi coverage, and easy-to-use controls over their home WiFi networks.  With xFi, customers also can manage their children’s screen time and pause Internet access, as well as protect all their IoT and home automation devices from unwelcome security threats.  XFi customers receive powerful all-in-one modems and Wi-Fi routers, that, when combined with xFi pods, can extend WiFi coverage to hard-to-reach rooms of virtually any home.  Additionally, xFi customers receive complimentary access to the nation’s largest network of WiFi hotspots and five lines of Xfinity Mobile service to extend their Internet experience outside of the home.   Nationally, over the past four years and across Comcast’s service area, the company has quadrupled its overall network capacity and doubled its fiber miles, deployed gigabit speeds to more homes than any other Internet Service Provider, upgraded all of its speed tiers, and rolled out an entirely new class of gateways – the xFi Gateway and the xFi Advanced Gateway – that are designed for higher speeds and blanket most homes with great Wi-Fi coverage.   Over the next several weeks, customers who lease a gateway will automatically receive the new speeds. Other customers who purchased their own modems should check online to see if they need a new device that is capable of handling these faster speeds.   About Comcast Corporation Comcast Corporation (Nasdaq: CMCSA) is a global media and technology company with three primary businesses:  Comcast Cable, NBCUniversal, and Sky.  Comcast Cable is one of the United States’ largest video, high-speed internet, and phone providers to residential customers under the Xfinity brand, and also provides these services to businesses.  It also provides wireless and security and automation services to residential customers under the Xfinity brand.  NBCUniversal is global and operates news, entertainment and sports cable networks, the NBC and Telemundo broadcast networks, television production operations, television station groups, Universal Pictures, and Universal Parks and Resorts.  Sky is one of Europe’s leading media and entertainment companies, connecting customers to a broad range of video content through its pay television services.  It also provides communications services, including residential high-speed internet, phone, and wireless services.  Sky operates the Sky News broadcast network and sports and entertainment networks, produces original content, and has exclusive content rights. Visit www.comcastcorporation.comor more information.
Share on facebook
Facebook
Share on twitter
Twitter
Share on linkedin
LinkedIn
PrevPreviousMarketplace LIVE
NextTHREE NJII EXECUTIVES NAMED TO ROI-NJ INFLUENCERS: HEALTH CARE 2019Next

Tune in next week for our upcoming experiences! Learn more & register at https://t.co/ZQm2qZaG4R 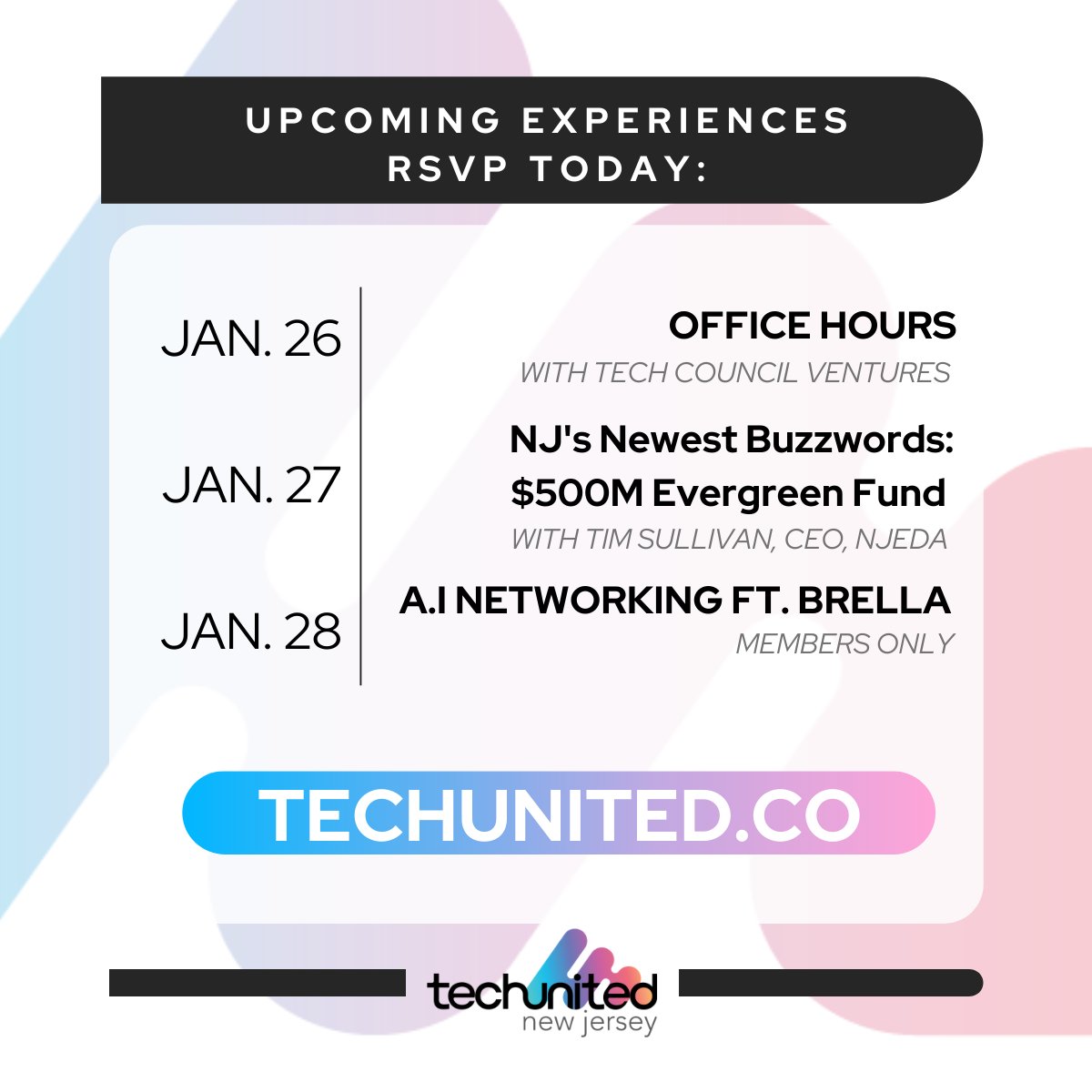 RT @TechCouncilVen: If you’re looking to strengthen your pitch and receive feedback from the experts at Tech Council Ventures, click here t…

LIVE: Future of the Corporate Office with Knotel 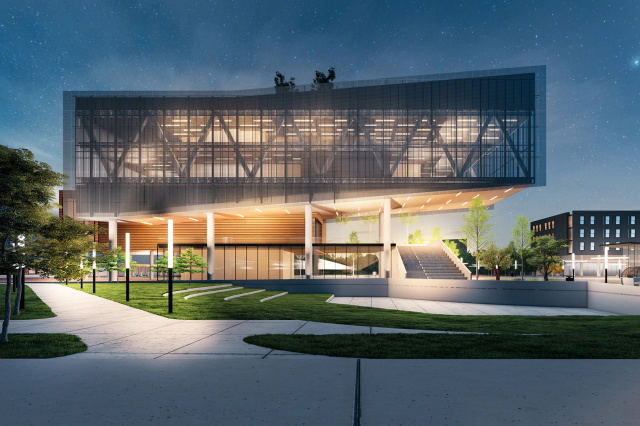 As a top PPP lender, Cross River provided more than $6.5 billion in relief to nearly 200,000 small businesses, saving nearly one million jobs to

After reviewing over 100 nominations, TechUnited:NJ and its Selection Committee honored 21 winners at its Annual Award Celebration, a virtual event on Wednesday December 9,

After reviewing over 100 nominations, TechUnited:NJ and its Selection Committee honored 21 winners at...
View details